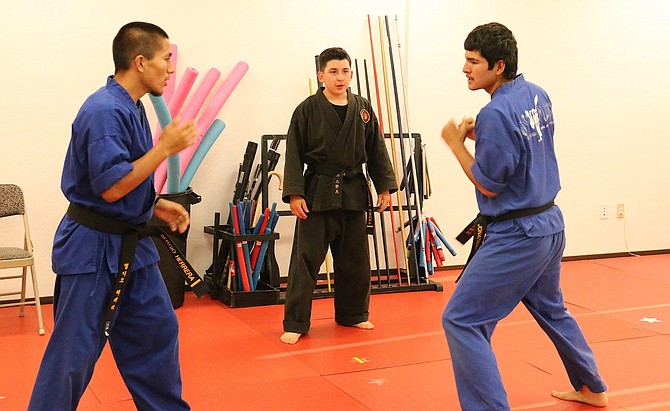 Maddox Sweet, 14, center, coaches brothers Sergio Herrera, left, and Jonathan Herrera, two of his instructors. All three will be providing classes at No Limits Martial Arts Academy for students ages 3 years and older.