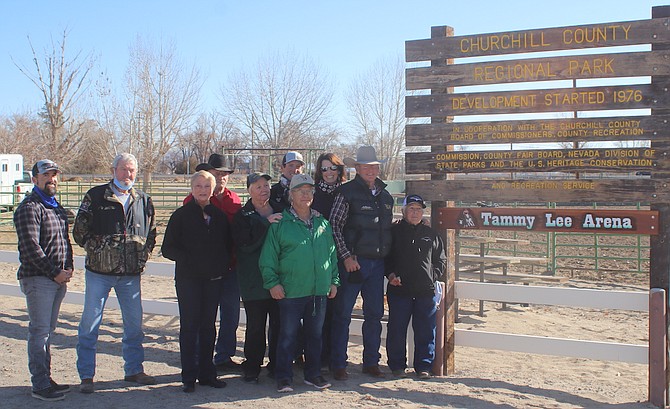 Family and friends gather at the new sign that renames the Green Arena as the Tammy Lee Arena.