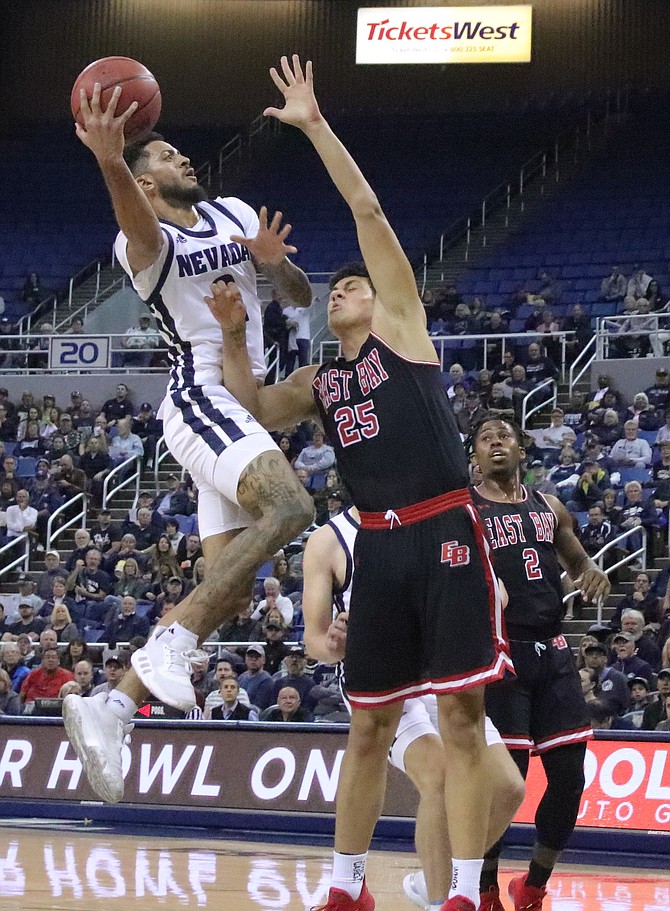 Jalen Harris shoots over Cal-State East Bay&#039;s Justin Vigil in an exhibition game at the beginning of the season.