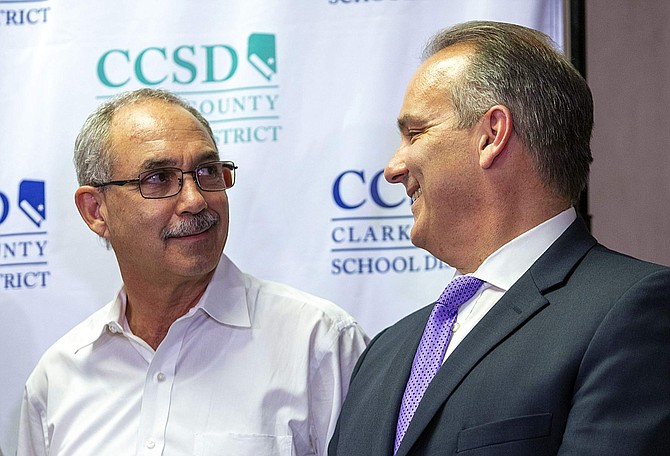 John Vellardita, left, executive director of the Clark County Education Association, and Clark County School District Superintendent Jesus Jara attend a news conference at CCSD headquarters in Las Vegas on Aug. 28. Las Vegas-area teachers want to ask Nevada voters to approve a state constitutional amendment to hike taxes on the largest casinos in the state to raise as much as $315 million a year.