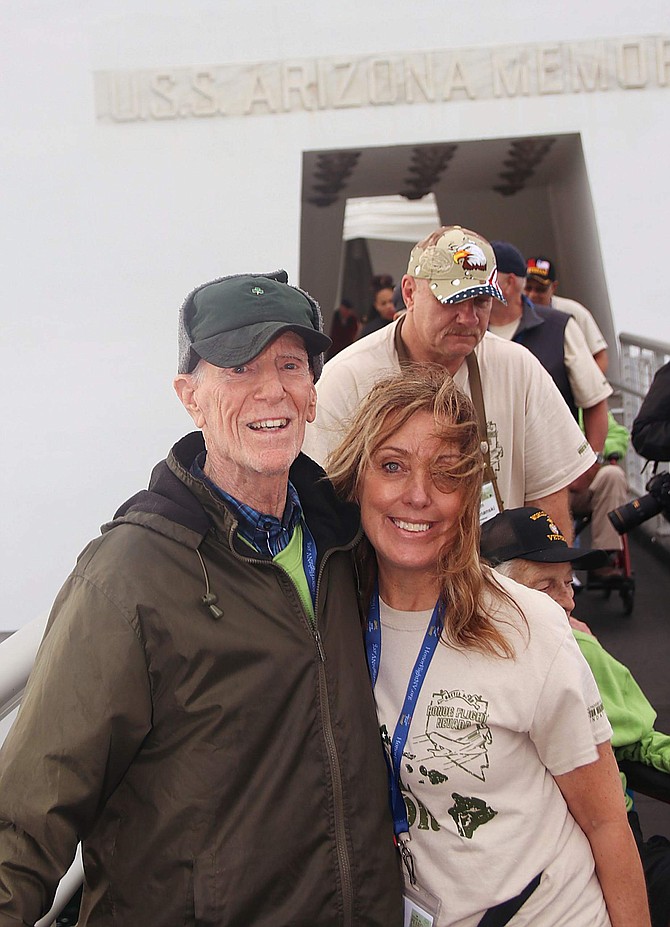 Edward Tremper and Lori Schierholt, both from Dayton, visit the USS Arizona Memorial as part of an Honor Flight Nevada trip to Hawaii.