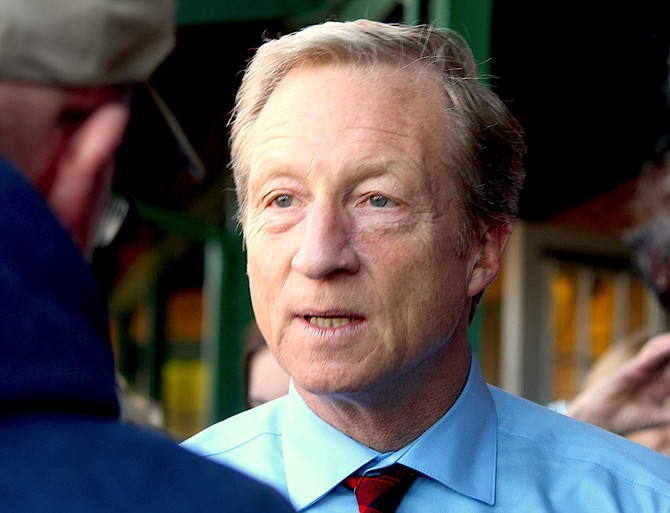 Steyer stops and talks to a resident on his way into JJ&#039;s Mexican Food on Tuesday.