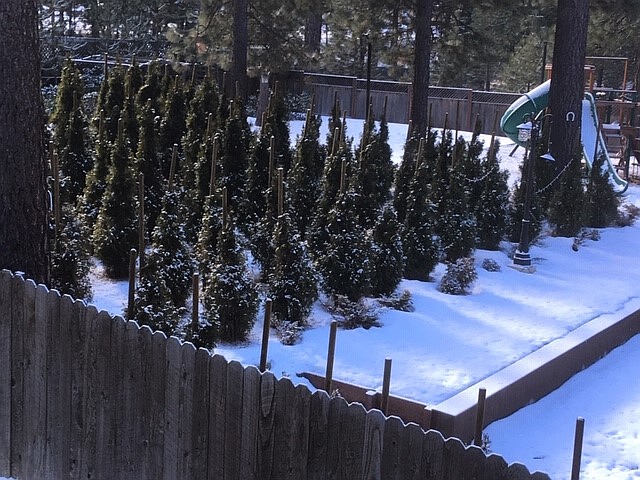 Rows of 8-foot evergreens planted with stakes at this residence in Incline Village appearing to choke the trees demonstrate the need to plant with defensible space in residential areas.