Reno veteran, 96, reflects on duty to country and community 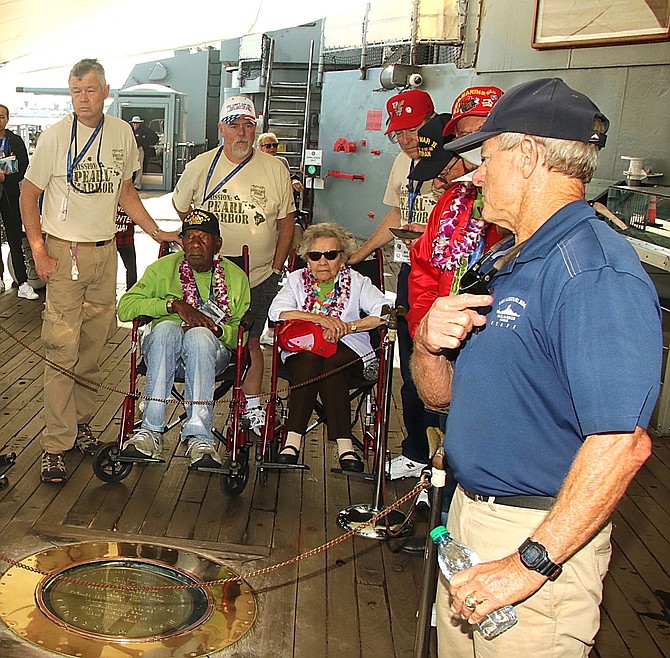 Veteran William Curry, second from right front row, listens to a guide tell the history of the signing of the permanent peace treaty aboard the USS Missouri.