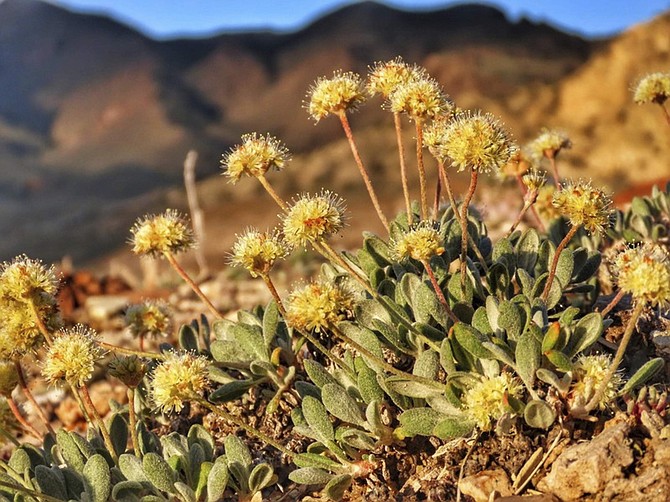 This June 1, 2019, photo provided by the Center for Biological Diversity, shows the rare desert wildflower Tiehm&#039;s buckwheat in the Silver Peak Range about 120 miles southeast of Reno, Nev. An Australian mining company has agreed to a moratorium on new activities at a planned lithium mine in Nevada in exchange for conservationists dropping a lawsuit to protect a rare desert wildflower they say doesn&#039;t exist anywhere else in the world. (Patrick Donnelly/Center for Biological Diversity via AP)