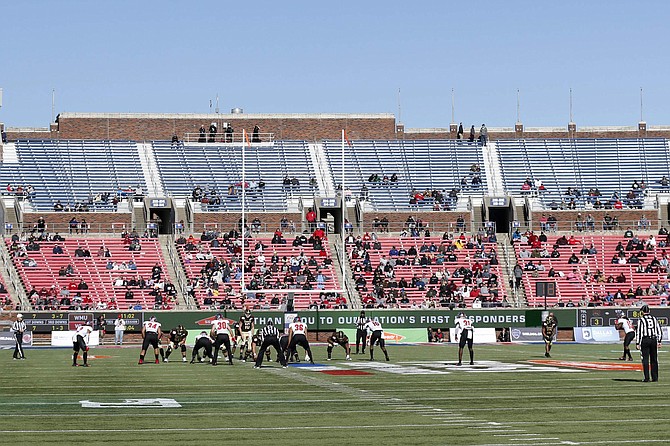 FILE- This Dec. 30, 2019, file photo shows empty seats as Western Kentucky and Western Michigan line up for the snap during the second half of the NCAA First Responder Bowl college football game in Dallas. Bowls outside the College Football Playoff structure might excite only the most ardent fans of the participating teams, be played in half-empty stadiums and prompt howls about there being too many games. They aren&#039;t going away, though. There&#039;ll be three more next season, bringing the total number of bowls to 42. (AP Photo/Roger Steinman, File)