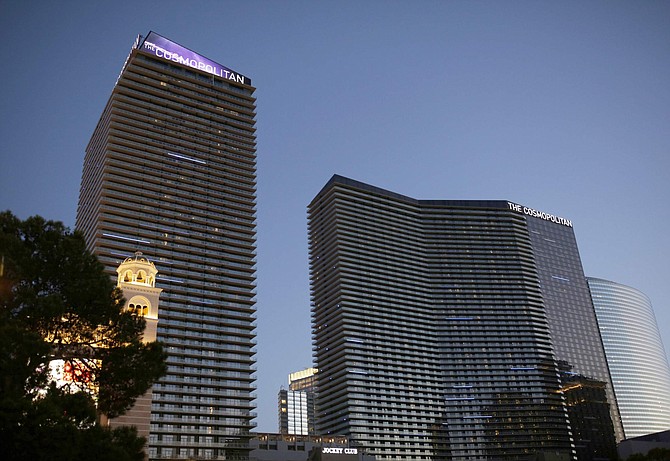 FILE - This July 1, 2018 file photo shows The Cosmopolitan in Las Vegas. The Las Vegas Strip hotel-casino is denying that O.J. Simpson was defamed in November 2017 when employees banned him from the property and a celebrity news site reported the paroled former football hero and armed robbery inmate had been drunk, disruptive and unruly. The Cosmopolitan of Las Vegas rejects Simpson&#039;s argument that his reputation was damaged by unnamed hotel staff member accounts cited in a TMZ report saying he was prohibited from returning after visits to a steakhouse and cocktail lounge. (AP Photo/John Locher, File)