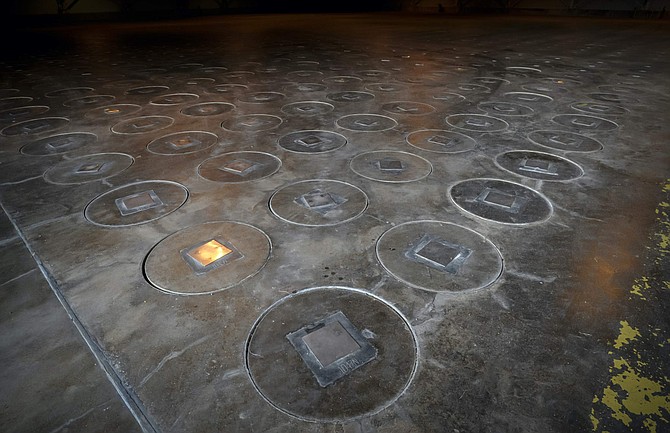 FILE - In this Nov. 20, 2013, file photo, radioactive waste, sealed in large stainless steel canisters, is stored under five feet of concrete in a storage building at the Savannah River Site near Aiken, S.C. The state of Nevada continues to intentionally misrepresent the facts in an ongoing legal battle over the Energy Department&#039;s secret shipment of weapons-grade plutonium to a site near Las Vegas, U.S. government lawyers say in new court filings. The Energy Department has promised no more plutonium will be shipped to Nevada from South Carolina and pledged to start moving out the materials already sent there. (AP Photo/Stephen B. Morton, File)