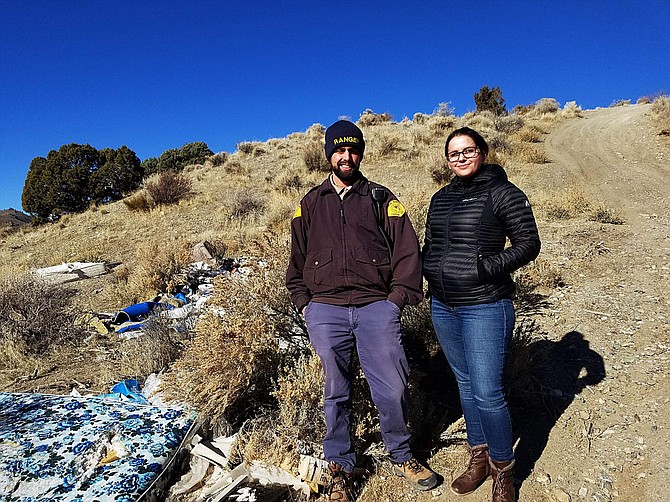 Park Ranger Tyler Kerver and Mackenzie Gargano, volunteer coordinator, stand near a mattress and other debris at a site where volunteers are needed to clean up on Jan. 20.