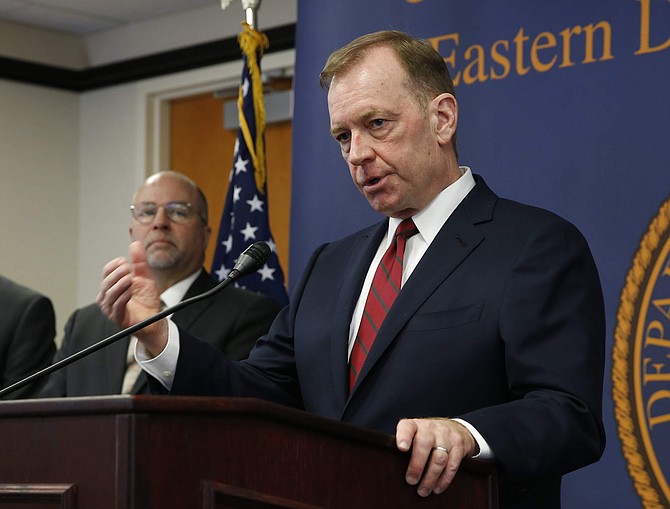 McGregor Scott, the U.S. Attorney for the Eastern District of California, answers questions concerning the plea deal reached with the owners of a San Francisco Bay Area solar energy company that have pleaded guilty for participating in what federal prosecutors called a massive Ponzi scheme that defrauded investors of $1 billion, during a news conference in Sacramento Calif., Friday, Jan. 24, 2020. Jeff and Paulette Carpoff entered guilty pleas involving the scam that could result in up to 30 years in prison for him, and up to 15 years in prison for her. (AP Photo/Rich Pedroncelli)