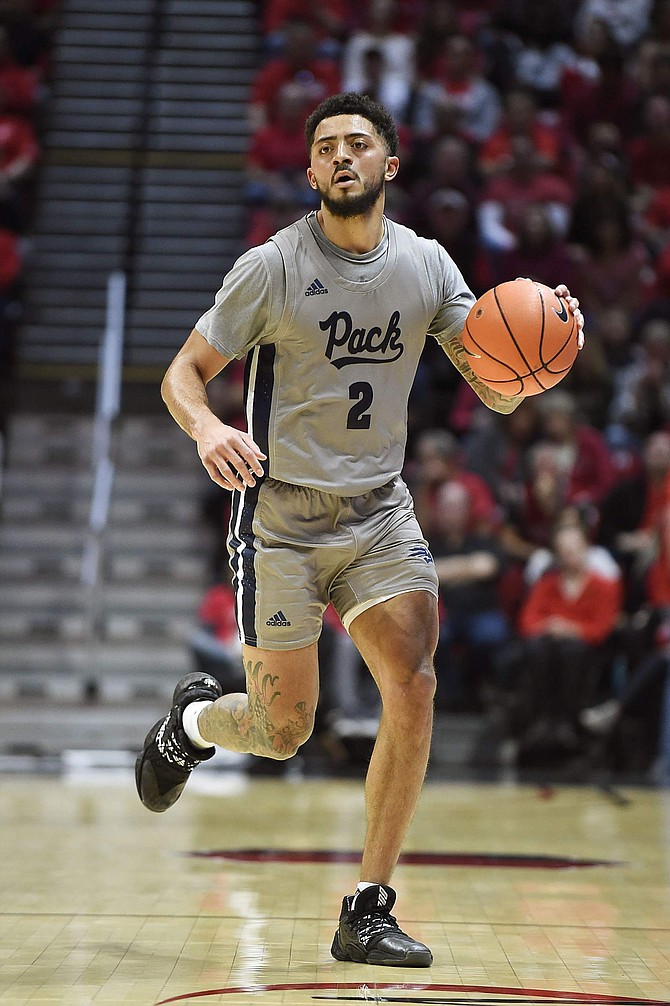 Nevada guard Jalen Harris shown against San Diego State on Jan. 18. Harris &quot;deserves to be in the conversation for Mountain West Player of the Year,&quot; Joe Santoro writes.