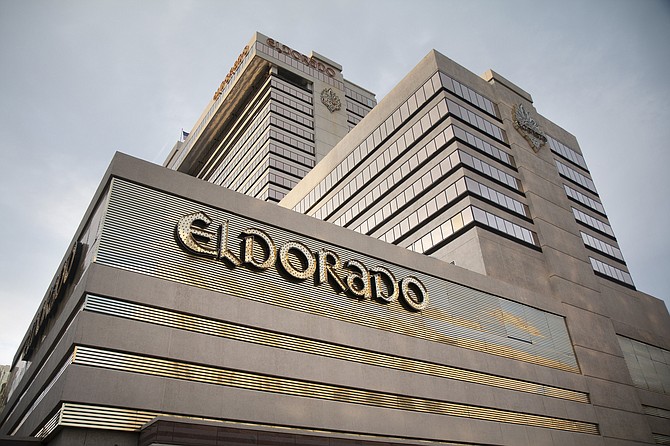 FILE - In this June 24, 2019, file photo, the Eldorado Resort Casino stands in Reno, Nev. Reno-based Eldorado Resorts Inc. received the go-ahead from Nevada casino regulators to buy Caesars Entertainment Corp. in a $17 billion deal creating a gambling giant with properties in 16 U.S. states and several other countries. The merger won unanimous endorsement Wednesday, July 8, 2020, after pointed questions from Nevada Gaming Control Board regulators and unanimous approval from the state Gaming Commission. Approval in coming days from regulators in Indiana and New Jersey would create the world&#039;s largest casino company under the Caesars Entertainment name.