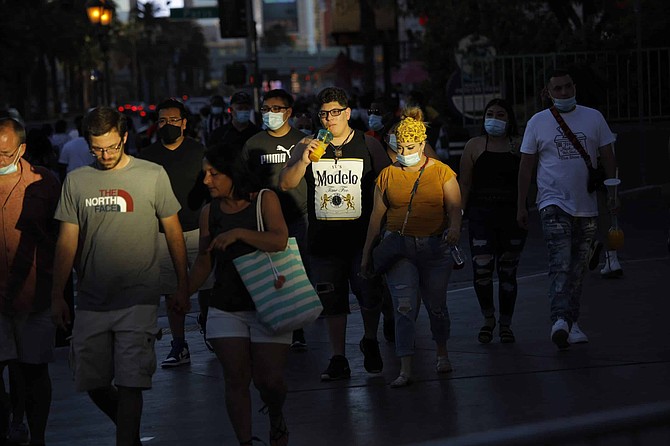 FILE - In this Saturday, July 4, 2020 file photo people, some clad in masks as a precaution against coronavirus, walk along the Las Vegas Strip on the Fourth of July in Las Vegas. Nevada officials say a record high in the daily number of positive COVID-19 tests in the state may be the result of people failing to wear masks and keep distances apart during the Independence Day holiday.