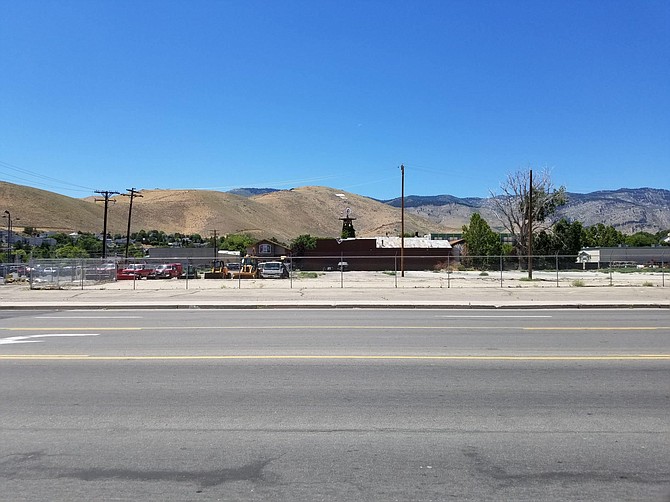 A 248-unit apartment complex is under development on the vacant lot at the corner of Stewart and 9th streets where Copeland Lumber was once located.