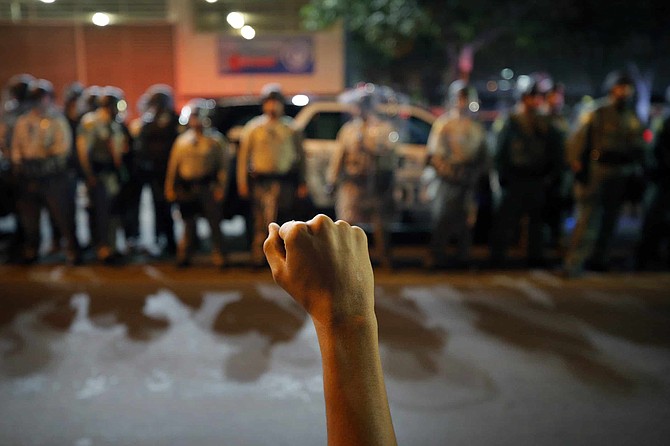 A protester raises his fist during a rally Monday, June 1, 2020, in Las Vegas, against police brutality sparked by the death of George Floyd, a black man who died after being restrained by Minneapolis police officers on May 25.