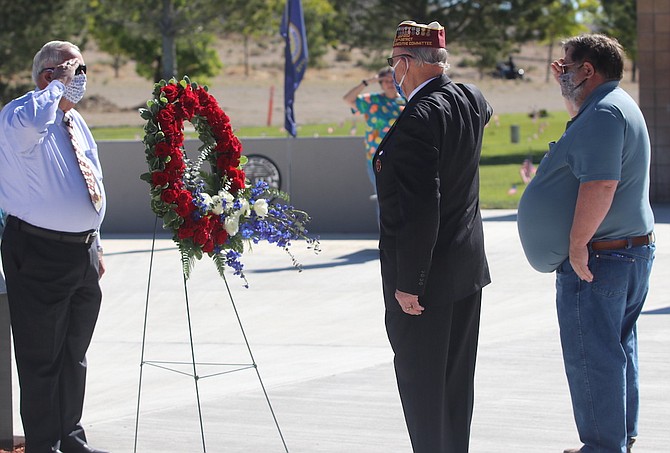 From left, Jerry Findley, Bill Baumann and Roy Edgington salute after a wreath is placed at the Northern Nevada Veterans Memorial Ceremony as part of the Memorial Day observance.