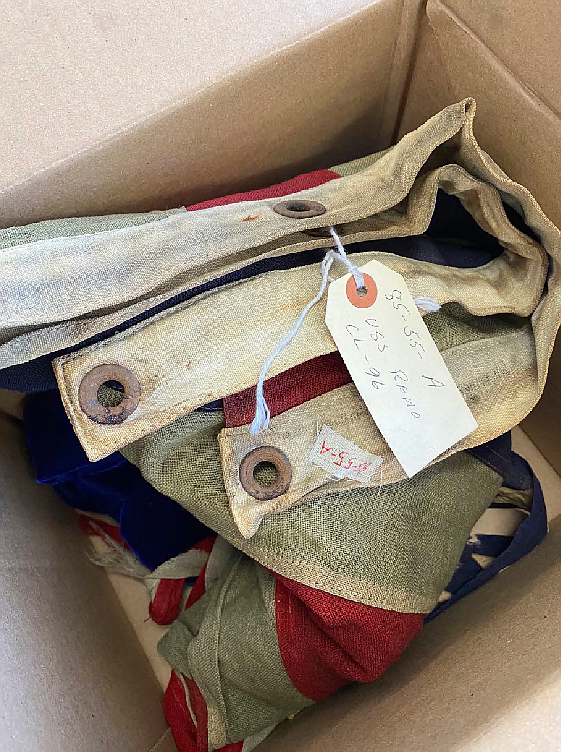 This photo provided by KRNV journalist Kenzie Margiott shows a flag from a World War II battleship after it was anonymously returned to KRNV with a note addressed to Margiott in Reno, Nev., Tuesday, June 2, 2020. The flag was stolen from its display Saturday after people broke into the city hall, amid protests over the death of George Floyd.