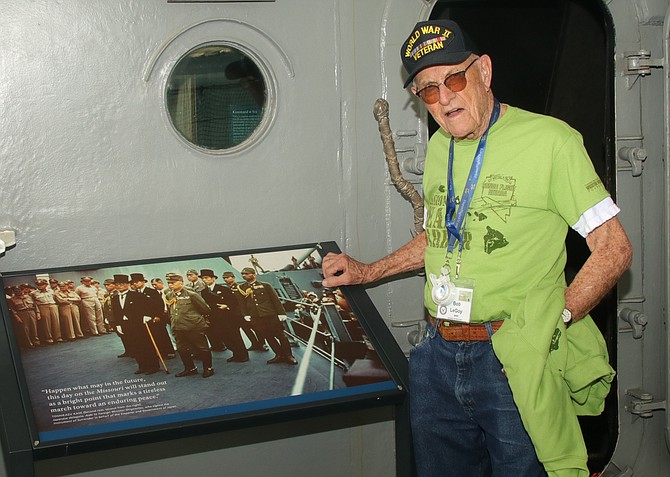 Navy veteran Robert LeGoy of Reno visits the deck of the USS Missouri where the official surrender was signed between Japan and the United States on Sept. 2, 1945.