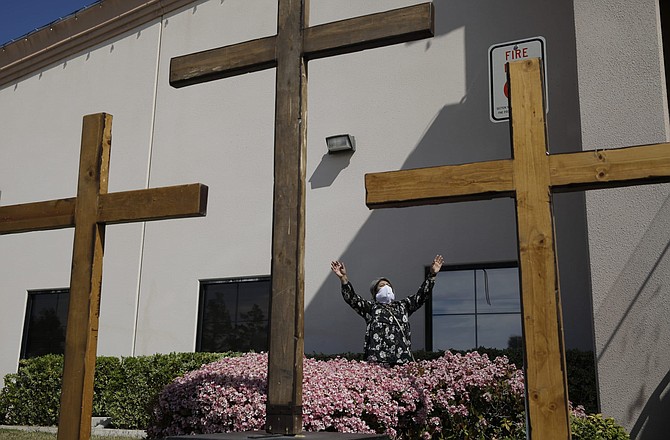 FILE - In this April 12, 2020, file photo, Norma Urrabazo prays while wearing a face mask before speaking at an Easter drive-in service at the International Church of Las Vegas, in Las Vegas. Nevada&#039;s lawyers are stepping up their defense of Gov. Steve Sisolak&#039;s 50-person cap on religious gatherings in a legal battle with leaders of Calvary Chapel Dayton Valley, a rural church who say it violates their constitutional right to exercise their beliefs.