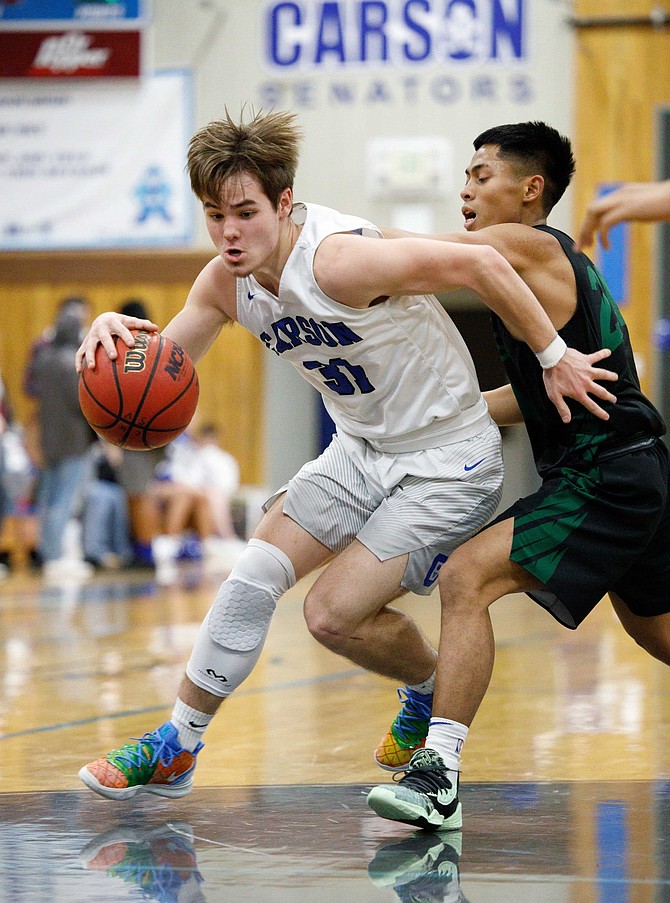 Nate Smothers of Carson High drives past a Hug defender this past winter. Smothers will continue his basketball career at Lassen College next season after signing his National Letter of Intent on Monday.