Reflections on the end of World War II 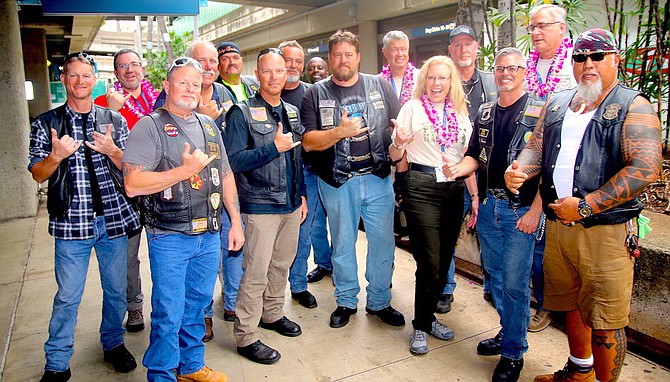 Veterans from various motorcycle clubs in the Honolulu area and members of the Honor Flight Nevada board of directors meet at the Daniel K. Inouye International Airport. The veterans provided an escort for HNF to their downtown hotel.