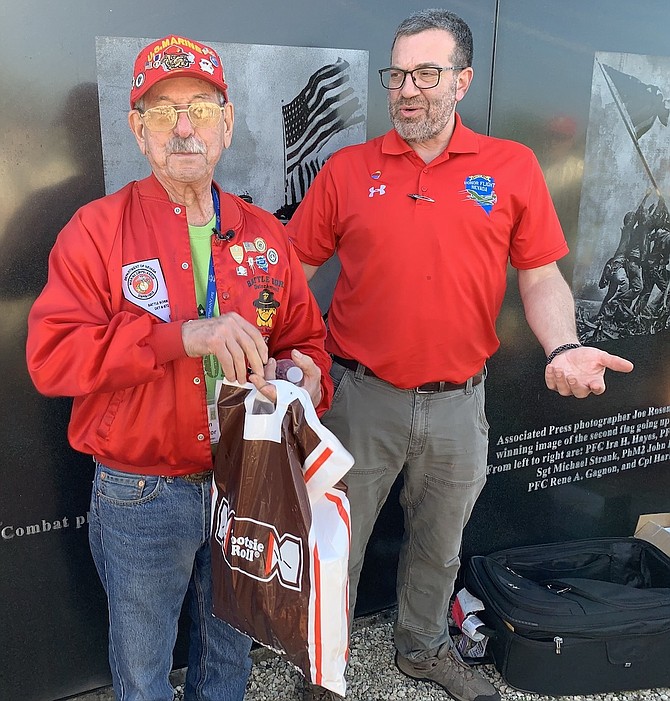 Ken Santor holds a bag of Tootsie Rolls after Jon Yuspa, right, executive director of Honor Flight Nevada, surprised the Korean War veteran and persuaded him to tell the story of the password Tootsie Roll.