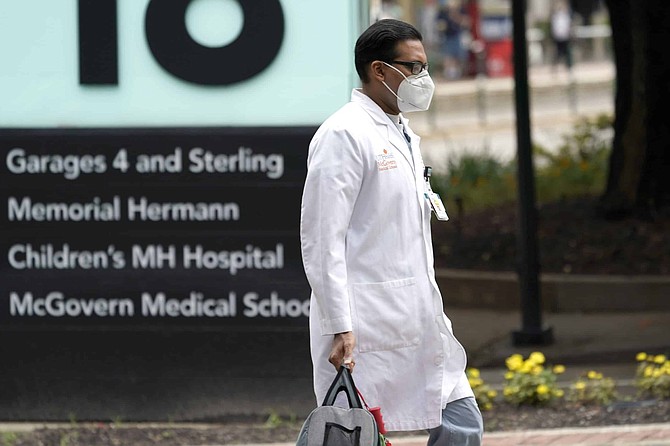 A healthcare professional walks through the Texas Medical Center Thursday, June 25, 2020, in Houston. The leaders of several Houston hospitals said they were opening new beds to accommodate an expected influx of patients with COVID-19, as coronavirus cases surge in the city and across the South.