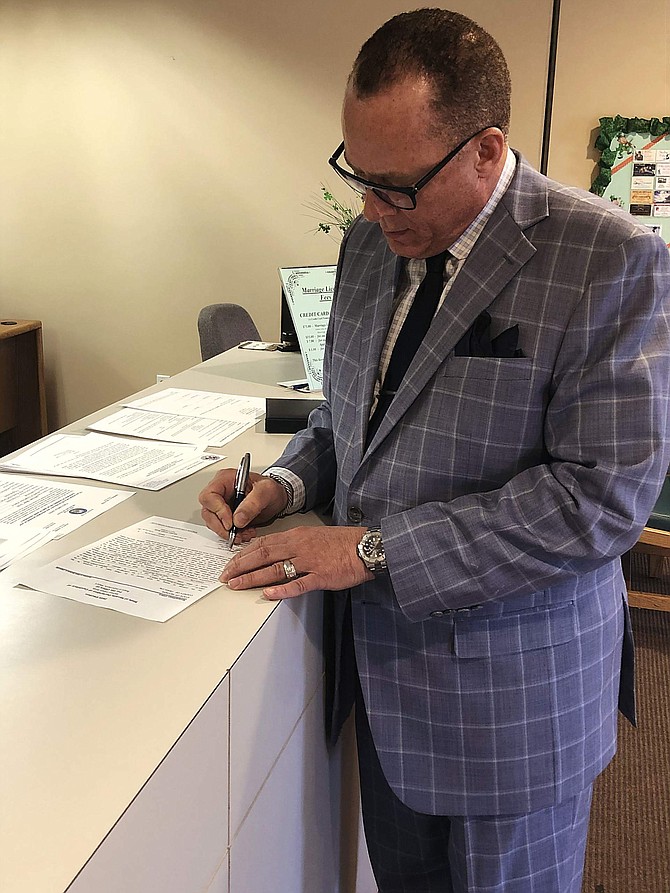 Michael Smith, a candidate for Supervisor Ward 4, filed with the Clerk-Recorder on Tuesday.