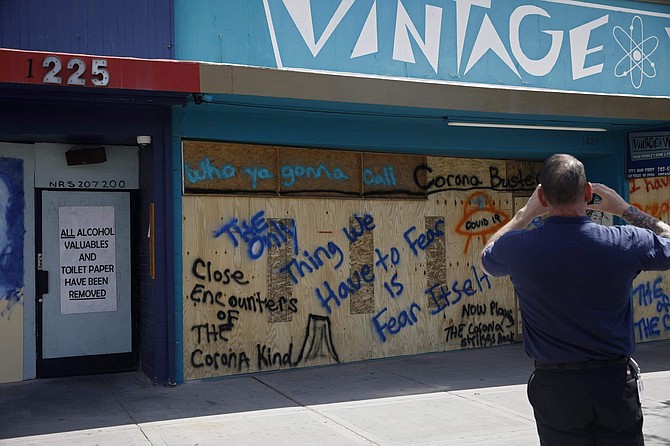 A man takes a picture of a business closed and boarded due to the concerns of the new coronavirus Wednesday, March 25, 2020, in Las Vegas. Gov. Steve Sisolak on Tuesday night issued an emergency order banning gatherings of more than 10 people in the state indoors or outdoors, a more aggressive move to try to slow the spread of the coronavrius.