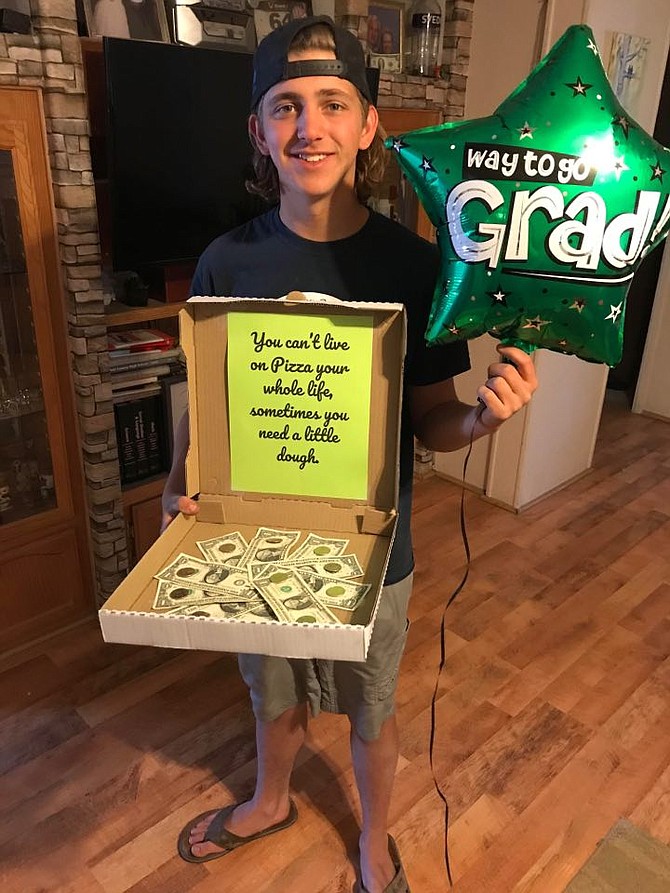 Churchill County High School senior Tyler Woolsey was put up for &quot;adoption&quot; last week on the newly created Facebook group that is helping bring joy to the senior classes for CCHS and Oasis Academy.