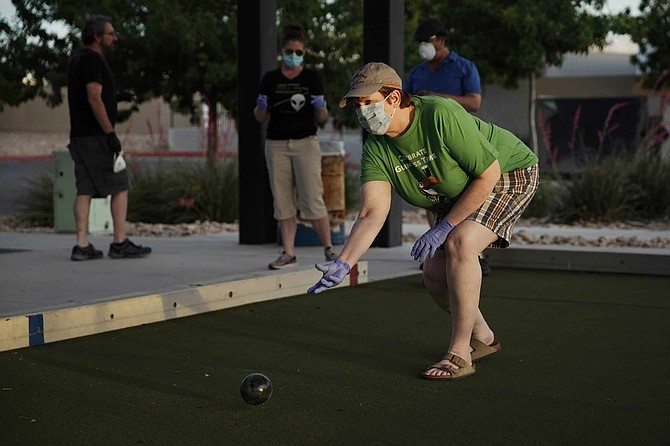 In this Wednesday, May 6, 2020, photo, Ginger Bruner plays bocce ball will friends at a park in Las Vegas. Bruner is a musician and hasn&#039;t worked since the coronavirus shutdown.