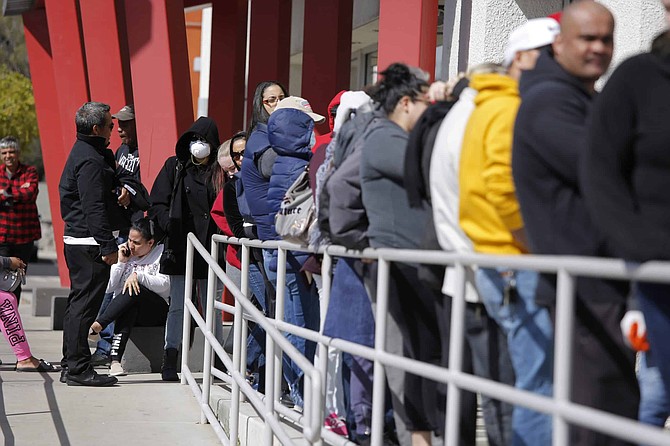 FILE - In this March 17, 2020, file photo, people wait in line for help with unemployment benefits at the One-Stop Career Center in Las Vegas. Nevada is fast-tracking the hiring of temporary unemployment office workers to deal with a wave of benefits claims that followed the mid-March closure of casinos and other businesses in response to the coronavirus pandemic. Gov. Steve Sisolak said Monday, May 11, 2020, that letting the state Department of Employment, Training and Rehabilitation hire contractors and rehire retirees or former employees to process claims alongside regular state workers should help get insurance benefits more quickly to more out-of-work Nevadans.