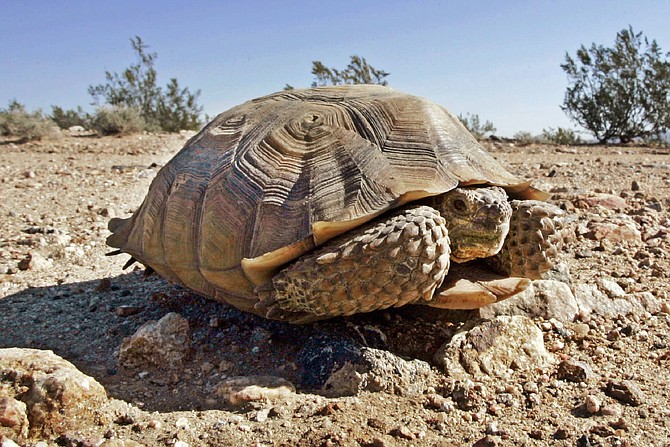 FILE - This Sept. 3, 2008 file photo shows an endangered desert tortoise in the middle of a road at the proposed location of three BrightSource Energy solar-energy generation complexes in the eastern Mojave Desert near Ivanpah, Calif., just south of the Nevada state line. The Trump administration has given final approval to the largest solar energy project in the U.S. and one of the biggest in the world despite objections from conservationists who say it will destroy habitat critical to the survival of the threatened Mojave desert tortoise in southern Nevada.