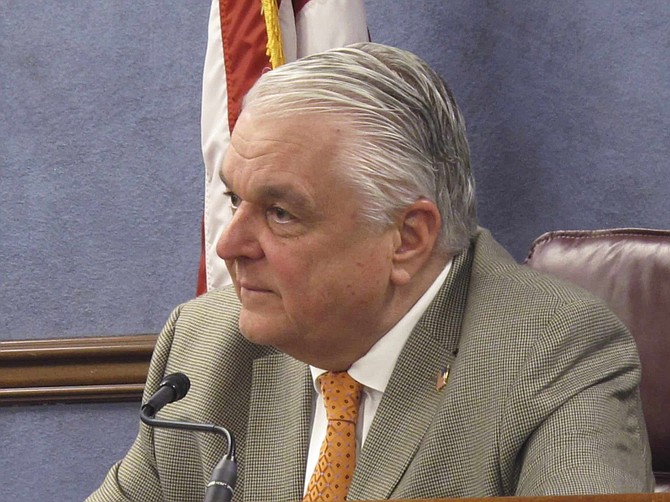 Nevada Gov. Steve Sisolak listens to a reporter&#039;s question during a news conference in Carson City, Nev., Thursday, May 7, 2020, after Sisolak announced that Nevada will begin allowing restaurants, salons and other non-essential businesses to reopen starting Saturday. It&#039;s the first easing of restrictions imposed in Nevada seven weeks ago to stop the spread of the coronavirus. Casinos are among businesses that will remain closed for now.