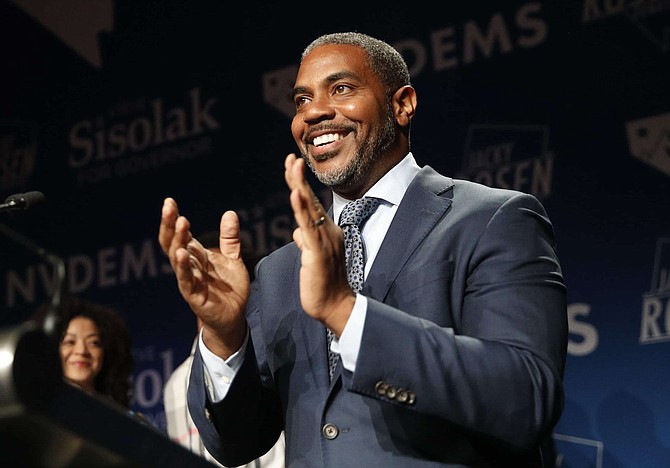 FILE - In this Nov. 6, 2018 file photo Steven Horsford, Democratic candidate for Nevada&#039;s fourth congressional district, celebrates at a Democratic election night party in Las Vegas. Nevada&#039;s 4th Congressional District, which extends north of Las Vegas through several rural counties, is a swing district that leans Democratic. Incumbent Horsford held the seat from 2013 to 2015 and won it back in 2018. (AP Photo/John Locher,File)