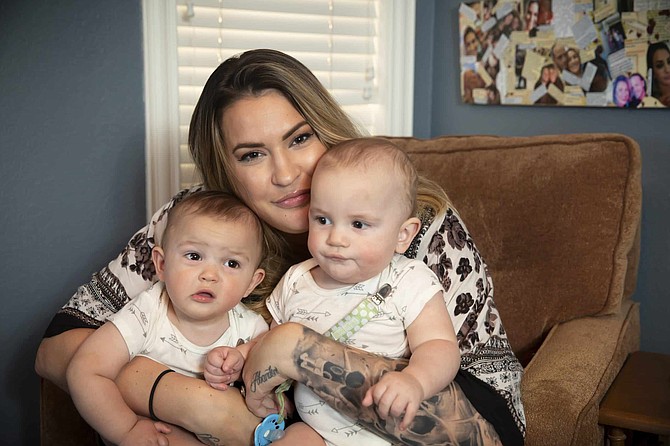 Breann McCulloch, who&#039;s struggled with addiction, and her 9-month-old twin boys Valor and Rebel pose for a portrait in their home, Wednesday, May 13, 2020. Isolation due to quarantine can be damaging for those grappling with addiction, who say that social interaction and staying busy are the only things helping them stay clean.