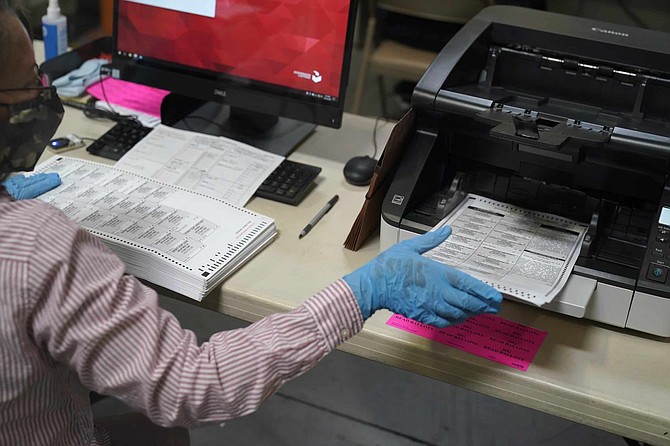 A county worker loads mail-in ballots into a scanner that records the votes at a tabulating area at the Clark County Election Department, Thursday, Oct. 29, 2020, in Las Vegas.