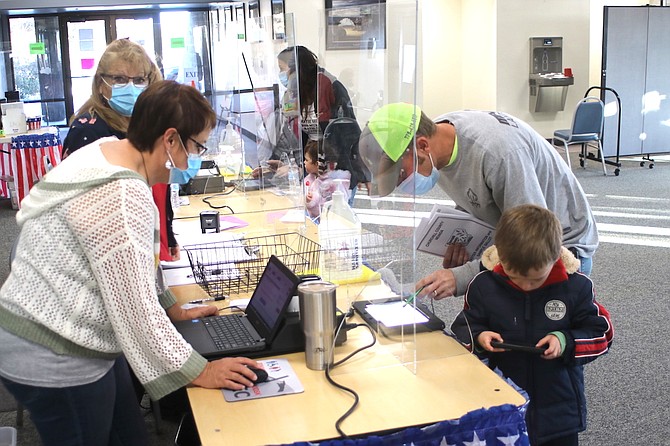 A voter checks in early at the Fallon Convention Center for the general election.