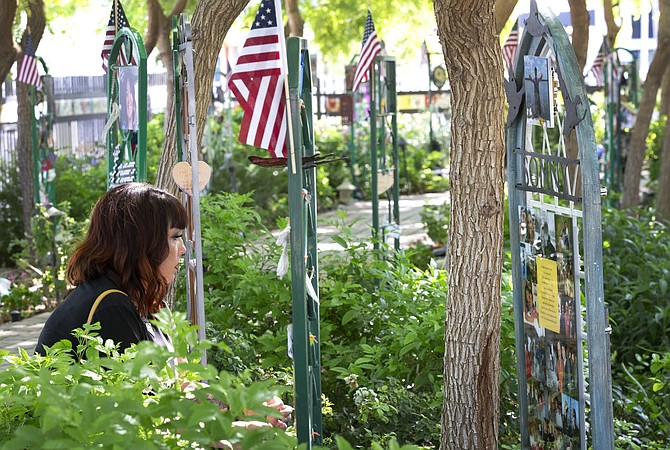 Oct. 1 shooting survivor Tiffany Reardon pauses to read about one of the victims of the mass shooting in the Las Vegas Community Healing Garden, Saturday, Sept. 26, 2020. The Route 91 Harvest music festival was for years a highlight for their friend group, when Reardon, Sabrina Mercadante and several others would book hotel rooms on the Strip for the long weekend even though they live in Henderson. On Oct. 1, 2017, 58 people around them were shot and killed at the country music festival at a venue across Las Vegas Boulevard from the Mandalay Bay resort.