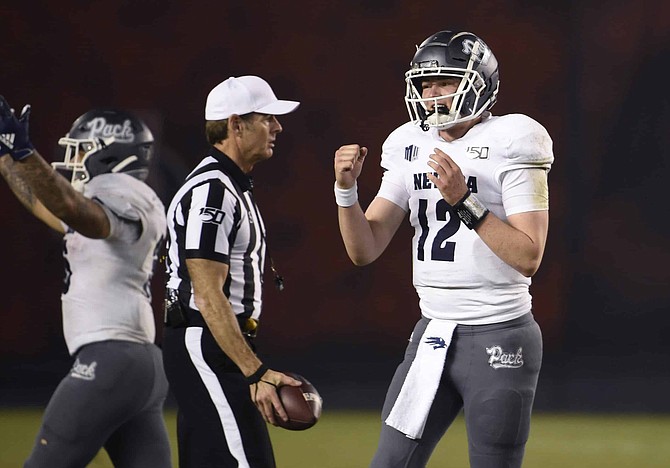 Quarterback Carson Strong (12) celebrates after Nevada beat San Diego State, 17-13, on Nov. 9, 2019, in San Diego. With Strong and other skill players returning, the Wolf Pack could have the best offense in the Mountain West this season.