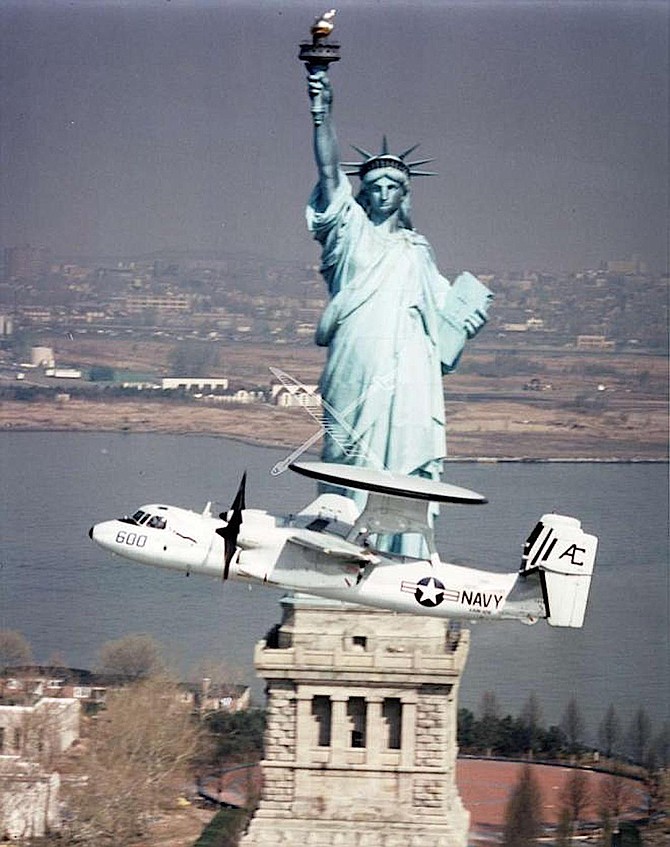 An E-2C, an all-weather airborne early warning aircraft, flies past the Statue of Liberty.