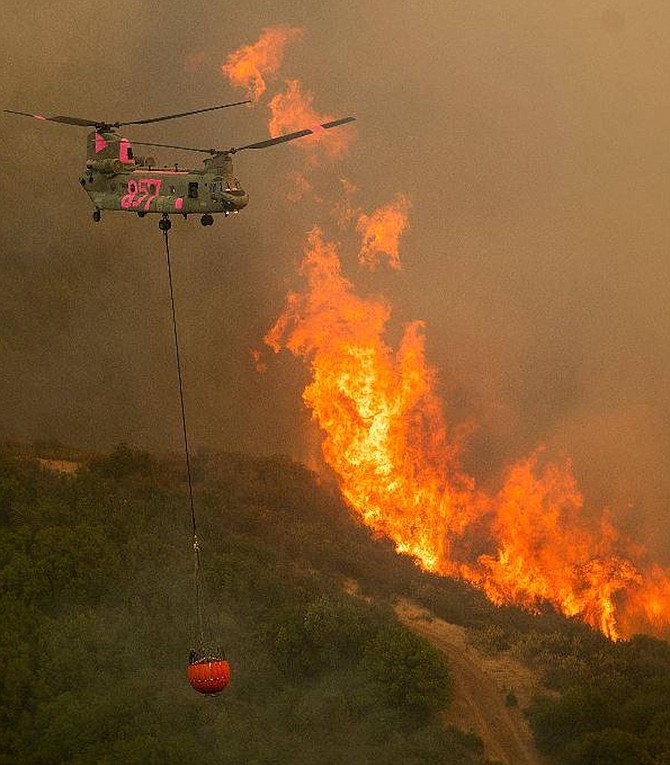 An Army National Guard maneuvers for a water bucket drop.