Joe Santoro: Pack may play football in 2020 because money 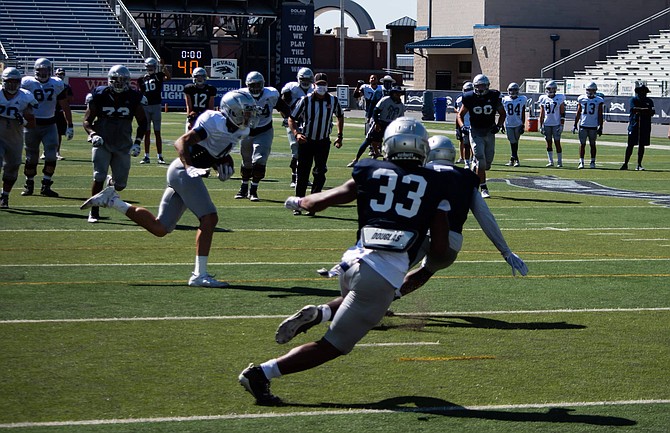 Nevada football players during a scrimmage Aug. 8 at Mackay Stadium.