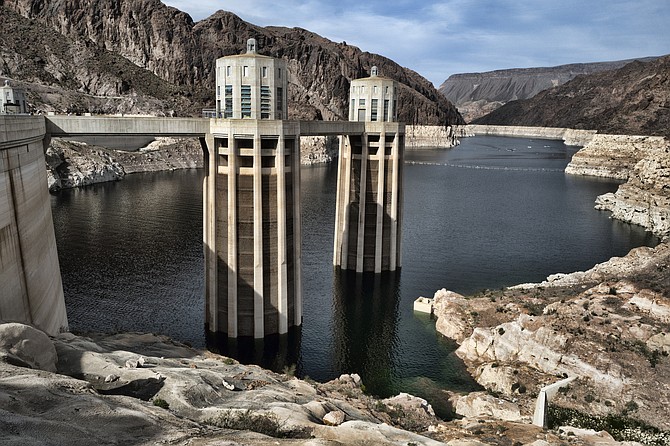 FILE - This March 26, 2019, file photo, shows a bathtub ring of light minerals showing the high water mark of the reservoir which has shrunk to its lowest point on the Colorado River, as seen from the Hoover Dam, Ariz. Six states in the U.S. West that rely on the Colorado River to sustain cities and farms rebuked a plan to build an underground pipeline that would transport billions of gallons of water through the desert to southwest Utah. In a joint letter Tuesday, Sept. 8, 2020, water officials from Arizona, California, Colorado, Nevada, New Mexico and Wyoming urged the U.S. government to halt the approval process for the project, which would bring water 140 miles (225 km) from Lake Powell in northern Arizona to the growing area surrounding St. George, Utah.