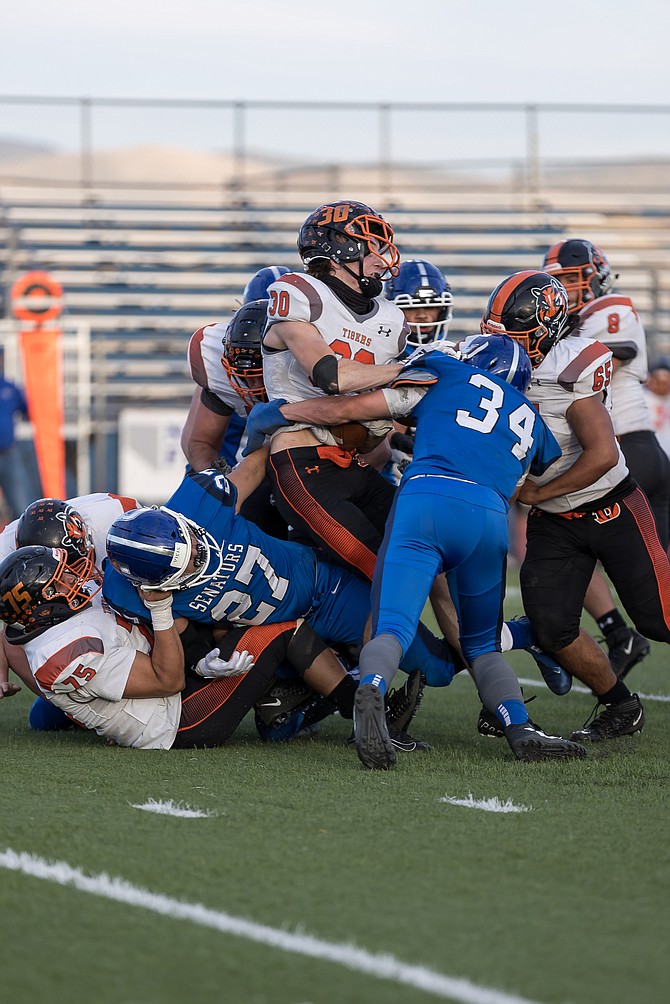 Ben Heaton (34) and Anthony Alvarado (27) blow up a Douglas run play during Carson’s home game against the Tigers on Friday. Photo by Ron Harpin.