Sports briefs: Carson loses a couple of teams in opening round of postseason 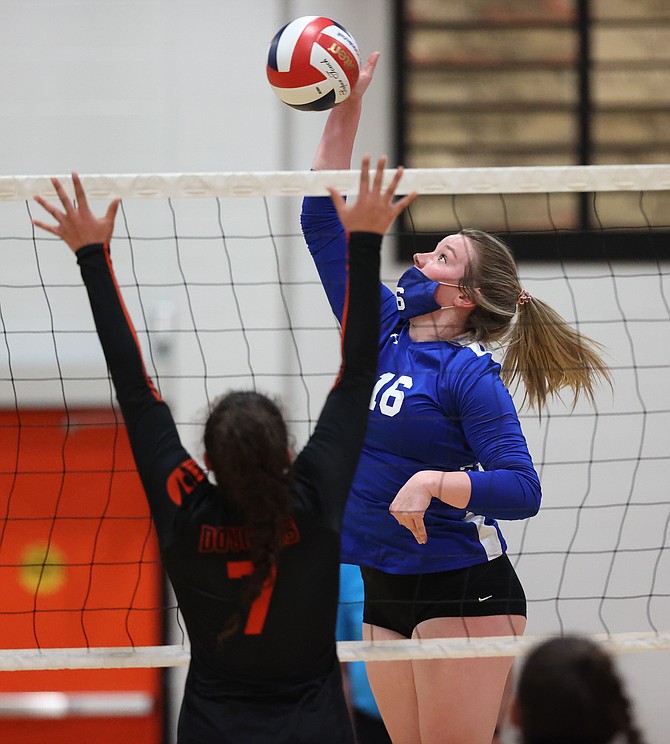 Carson High’s Emily Bell rises to attack a ball during the Senator’s 3-0 loss to Douglas High in the opening round of the Class 5A Northern Nevada regional postseason. Photo by Ron Harpin.