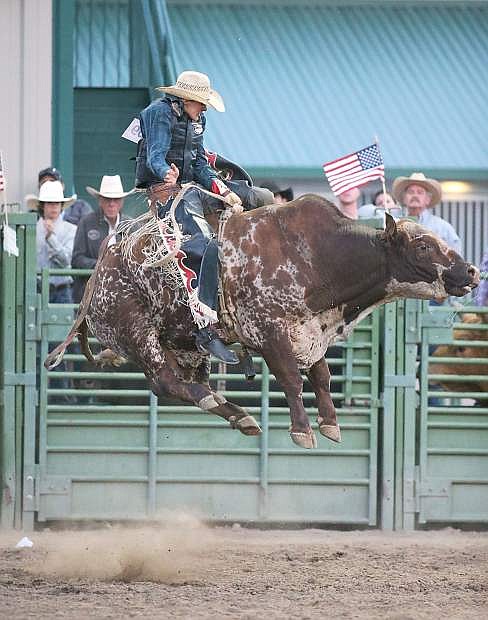 Dalton McMurtrie competes in the bull riding event at the Smackdown Tour at Fuji Park in Carson City, Nev., on Saturday, June 7, 2014.