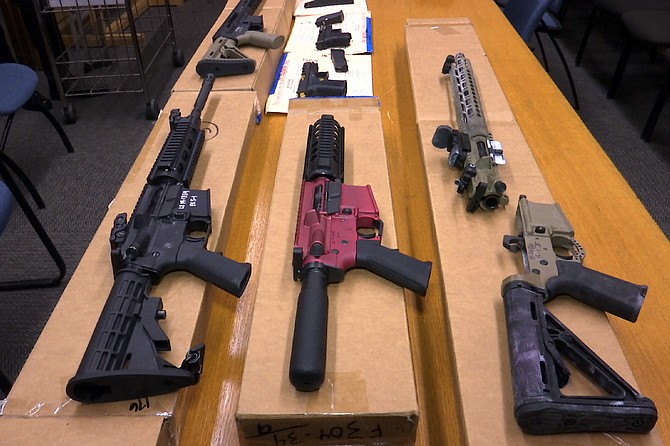 ‘Ghost guns’ on display at the headquarters of the San Francisco Police Department on Nov. 27, 2019. (Photo: Haven Daley/AP, file)