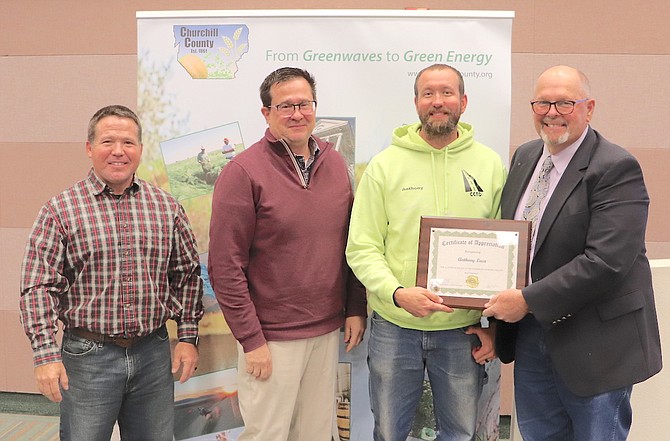 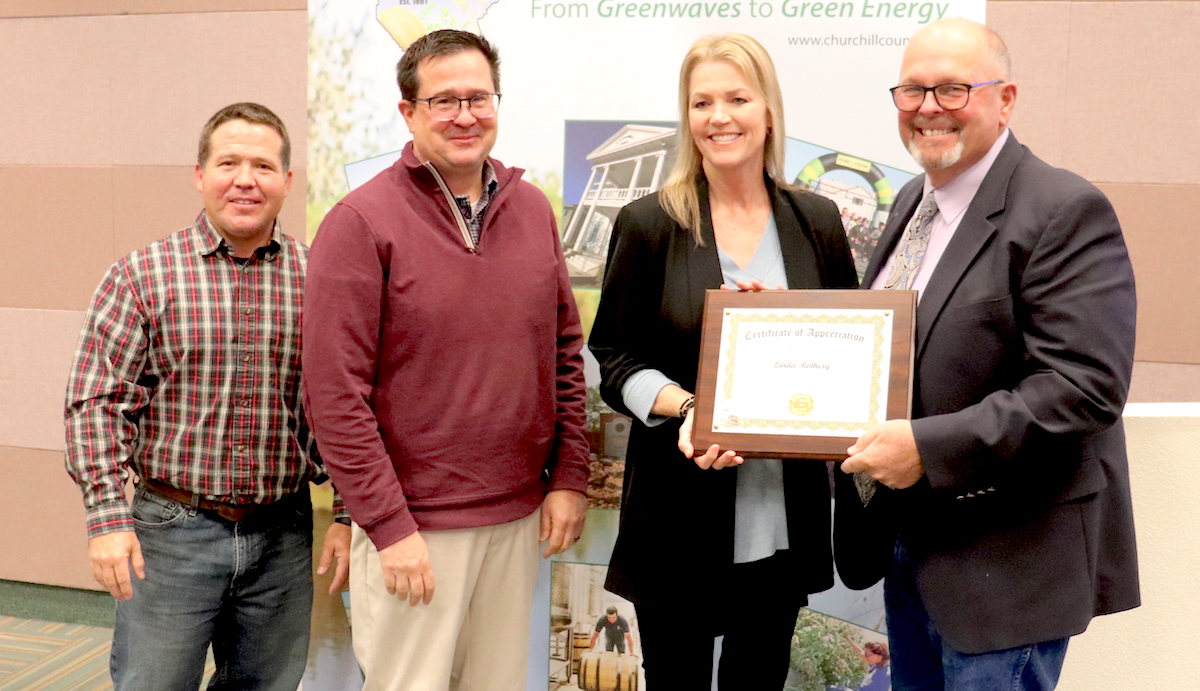 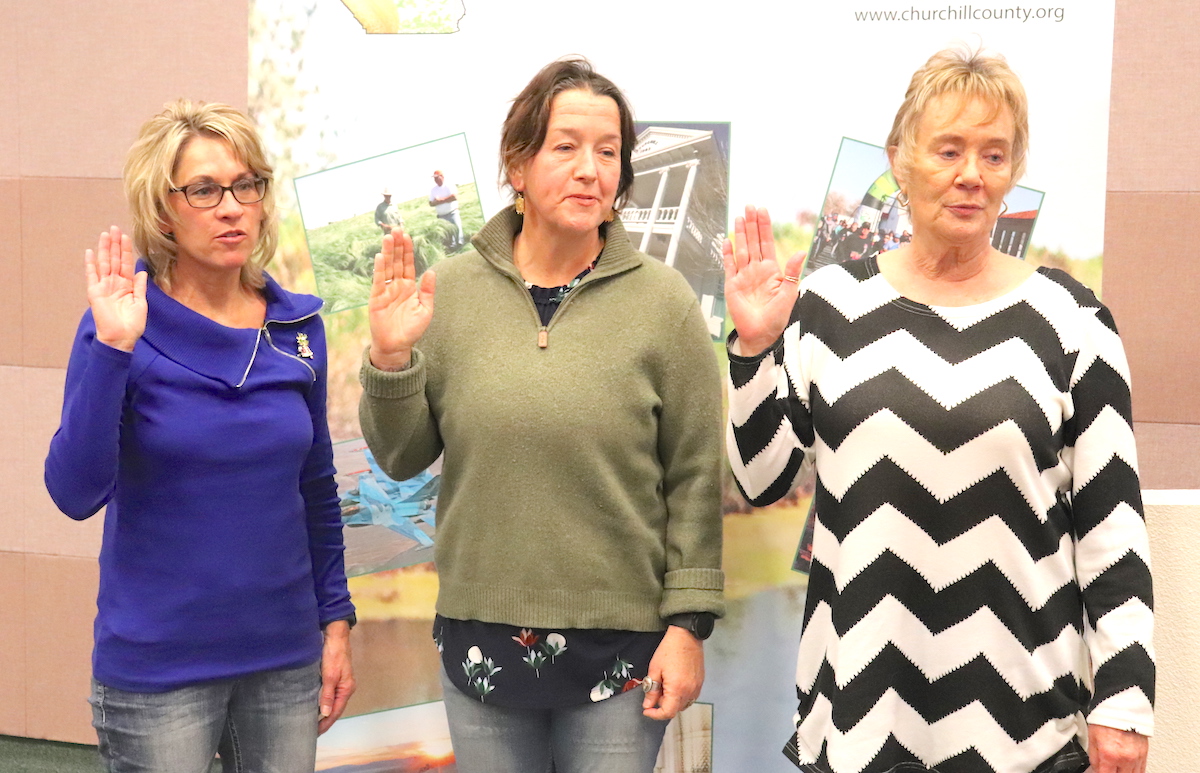 Anne McMillin/Churchill County public information officer
Three residents have been selected to serve on the Cemetery Board. They were sworn in by Deputy Clerk Pam Moore. From left, Hillary “Page” Hiskett, Jaime Sammons and Julie Gilmore took their oaths and will serve four-year, three-year and two-year terms, respectively.