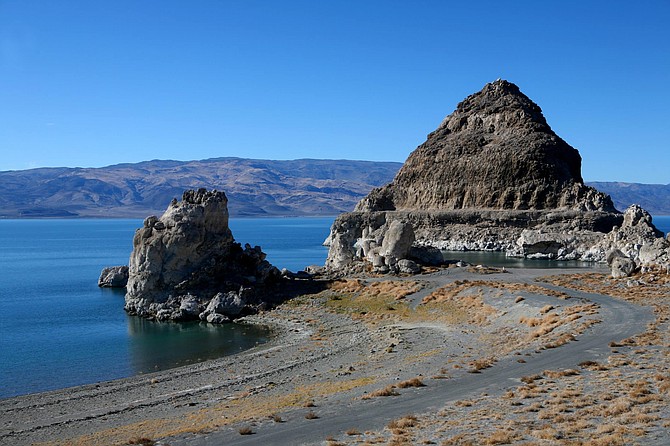 Pyramid Lake in the sunny afternoon, blue sky is reflected in the still waters of the mysterious lake of sacred Indian lands. Interesting rock formations against the bare Nevada landscape.